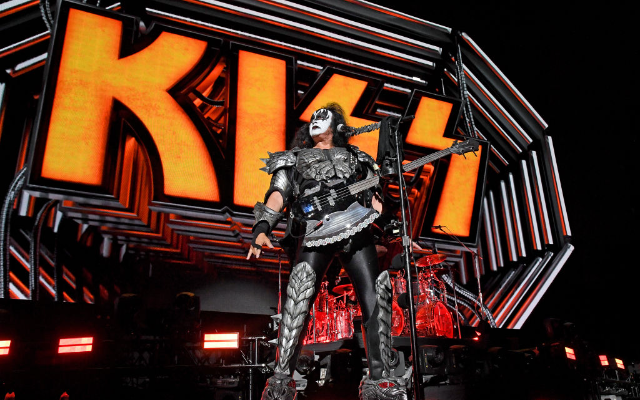 IT’S ON between Gene Simmons and David Lee Roth!

Gene dissed Dave in a recent interview, where he revealed that Dave would no longer be opening for KISS on their farewell tour, like he did before the pandemic.

He said that in his heyday, Dave was THE BEST frontman . . . but “modern-day Dave” is NOT the same.

“I prefer to remember Elvis Presley in his prime.  Sneering lips, back in Memphis, you know, doing all that.  I don’t want to think of bloated naked Elvis on the bathroom floor.”

Dave’s response was to post a picture of a little kid wearing sunglasses and giving the finger.  But he didn’t just post it once . . . he posted it 18 times.

No word back from Gene yet, but PAUL STANLEY praised Dave in a post on Friday”

Speaking of @DavidLeeRoth… I remember seeing him in the 70’s with Van Halen at MSG and thinking to myself “There’s a new sheriff in town” Just amazing what he had evolved into in a few short years. On stage he’s still Diamond Dave! pic.twitter.com/eHWWknzhp5