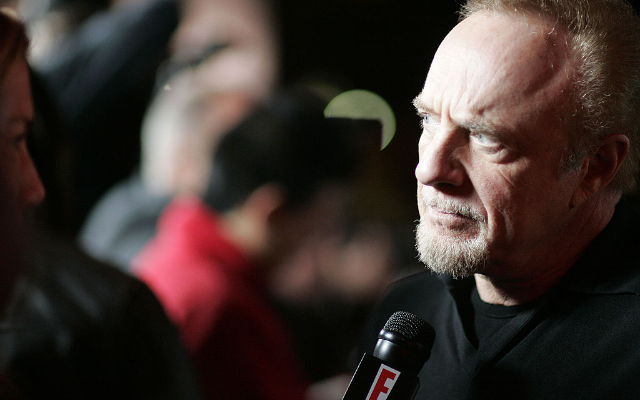 Hollywood legend James Caan died Wednesday night.  The cause of death has not been revealed.  He was 82. He was in so many great movies, including “The Godfather”, “Misery”, “Honeymoon in Vegas”, “Brian’s Song”, “Freebie and the Bean”, “Rollerball”, “Funny Lady”, “Alien Nation,” and, of course, “Elf”, where he played Will Ferrell’s dad.

He also did the TV series “Las Vegas” from 2003 to 2007, and kept working right up to the end.  He even has a few movies due for release next year.

As Sonny Corleone in “The Godfather”, he improvised what would become a classic phrase, while instructing his brother Michael on how to kill someone. Quote:

“You gotta get up close, like this. and bada bing!  You blow their brains all over your nice Ivy League suit.”

Caan is also famous for movies he turned down including “The French Connection”, “One Flew Over the Cuckoo’s Nest”, “Kramer vs. Kramer”, “Apocalypse Now”and “Superman”. He even said no to playing Han Solo in “Star Wars”.

James once famously lived at the Playboy Mansion for a while, claiming he was trying to get over a divorce.  He even admitted to using his son Scott Caan, who was just a kid at the time, to attract the ladies. He said, quote:

“I’d have Scott bring me girls.  No one could say no to a cute little boy.”

Tributes are pouring in, obviously.  Here’s what some of his co-stars had to say:

Al Pacino  (“The Godfather”):  “Jimmy was my fictional brother and my lifelong friend.  It’s hard to believe that he won’t be in the world anymore because he was so alive and daring.”

Barbra Streisand(“Funny Lady”):  “I’m so sorry to hear about Jimmy.  He was so talented.”

(Check out a bunch more here, including tributes from directors Francis Ford Coppola and Rob Reiner.)