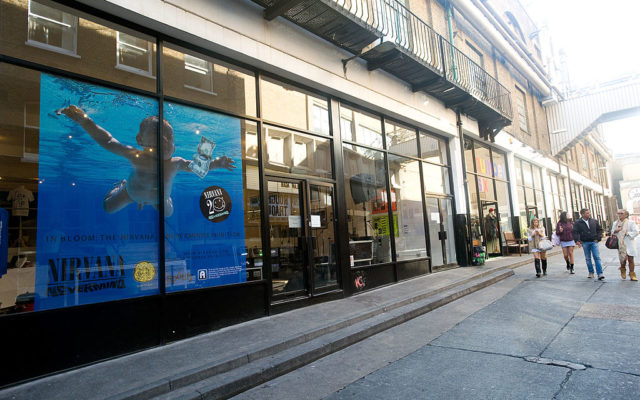 The 30-year-old man pictured as a naked baby swimming towards a dollar bill on the cover of the iconic Nirvana album Nevermind filed a lawsuit on Tuesday alleging the band and record executives violated federal criminal child pornography laws.

According to the complaint, Spencer Eldon says his “identity and legal name are forever tied to the commercial sexual exploitation he experienced as a minor which has been distributed and sold worldwide.”

Lawyers for Elden claim his parents never signed a release authorizing the use of photos taken of the four-month-old in a Pasadena aquatic center in 1990 and Elden was never compensated.

There’s been no comment from Universal Music Group or an attorney representing Nirvana LLC. But for a guy whose recreated this photo multiple times… we’re feeling this is more about getting paid!

Do you consider the Nevermind album cover to be one of the best-known album covers in rock?