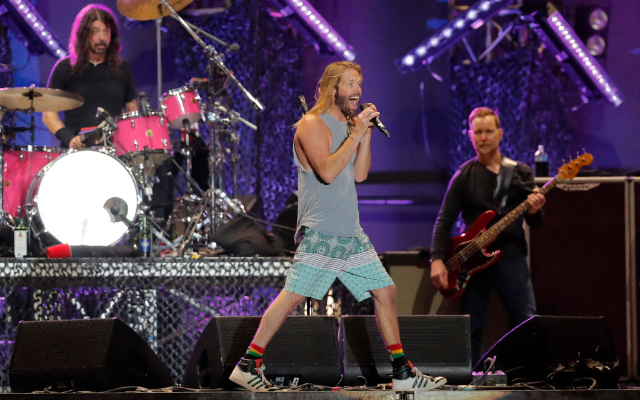 By now, there’s no way you haven’t heard that FOO FIGHTERS drummer Taylor Hawkins died in his hotel in Bogota, Colombia on Friday night.  He was only 50 years old.

There’s still no word on the cause of death, but local officials say he had 10 different drugs in his system, including marijuana, opioids, tricyclic antidepressants, and benzodiazepines, which are used to relieve stress and anxiety and to help people sleep.

Taylor passed away as fans were starting to gather for the band’s performance in Bogota.  Paramedics responded to a call about a patient with chest pains.  When they arrived, they were unable to revive him. Obviously, that show was canceled.  The Foo Fighters have already returned from Bogota to L.A.

(TMZ caught them at the airport.)

The band issued a statement calling Taylor’s death a “tragic and untimely loss.”  They added, quote,

“His musical spirit and infectious laughter will live on with all of us forever.  Our hearts go out to his wife, children and family.”

Taylor’s last performance with the band was March 20th at Lollapalooza Argentina.

(Profanity Warning:  Here’s a fun moment between Dave Grohl and Taylor from that show.)