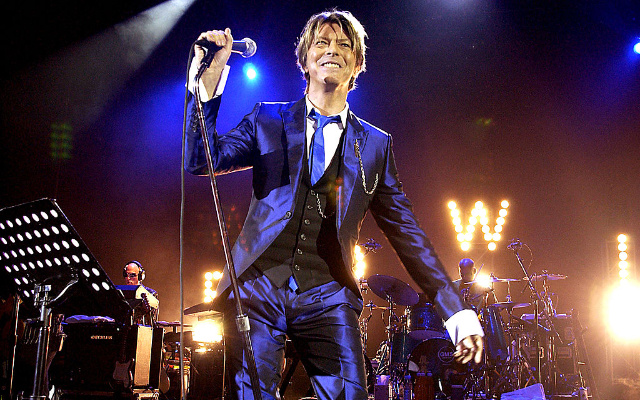 An unheard David Bowie album called “Toy” is finally coming out on January 7th.  (Which is the day before what would have been his 75th birthday.)

David recorded the album after his Glastonbury Festival performance in 2000.  It has reworked versions of songs that he recorded between 1964 and 1971, plus a new song.  (Well, new 20 years ago, anyway.)

His vision was to record the songs “old school” with his band playing live then choosing the best takes, to release it as a surprise album.  But because technology wasn’t as advanced back then, a surprise release was not possible . . . so it was shelved.

David’s co-producer said, quote, “‘Toy’ is a moment in time captured in an amber of joy, fire, and energy . . . David revisited his work through prisms of experience and fresh perspective . . . a parallel not lost on me as I revisit it 20 years later.”

The album’s artwork was designed by David and features a photo of him as a baby but with an older face.  It’ll also include a 16-page book with previously unseen photographs.