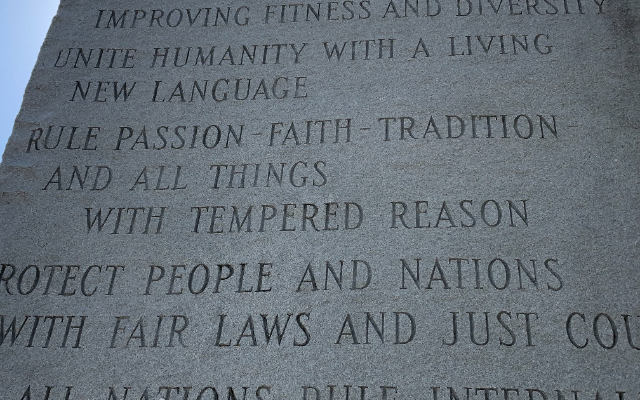 If there’s anything I like, it’s a roadtrip to a place that has a little mystery. I heard about the Georgia Guidestones in 2017 and decided to wake up early one Saturday morning and get on the road. The story, summarized, is that an anonymous group of donors pooled their money together during a time when nuclear war was at the forefront of people’s brains. Elberton, the granite capitol of the world, proved to be the best choice for their “new world order” which was written in 8 different languages across the four granite slabs.

This structure, often referred to as “America’s Stonehenge” sits roadside, to my surprise. I had planned for at least a little bit of a walk and even packed a lunch for the trip. But nope, it’s just on a corner lot, across from houses in a regular neighborhood. It was a cool drive, coasting through small towns and backroads, and I’m definitely glad I took the trip.

You can read more below about the conspiracies behind the guidestones, the astronomical significance and more!

Here’s a pic I took of the slab that’s written in English: 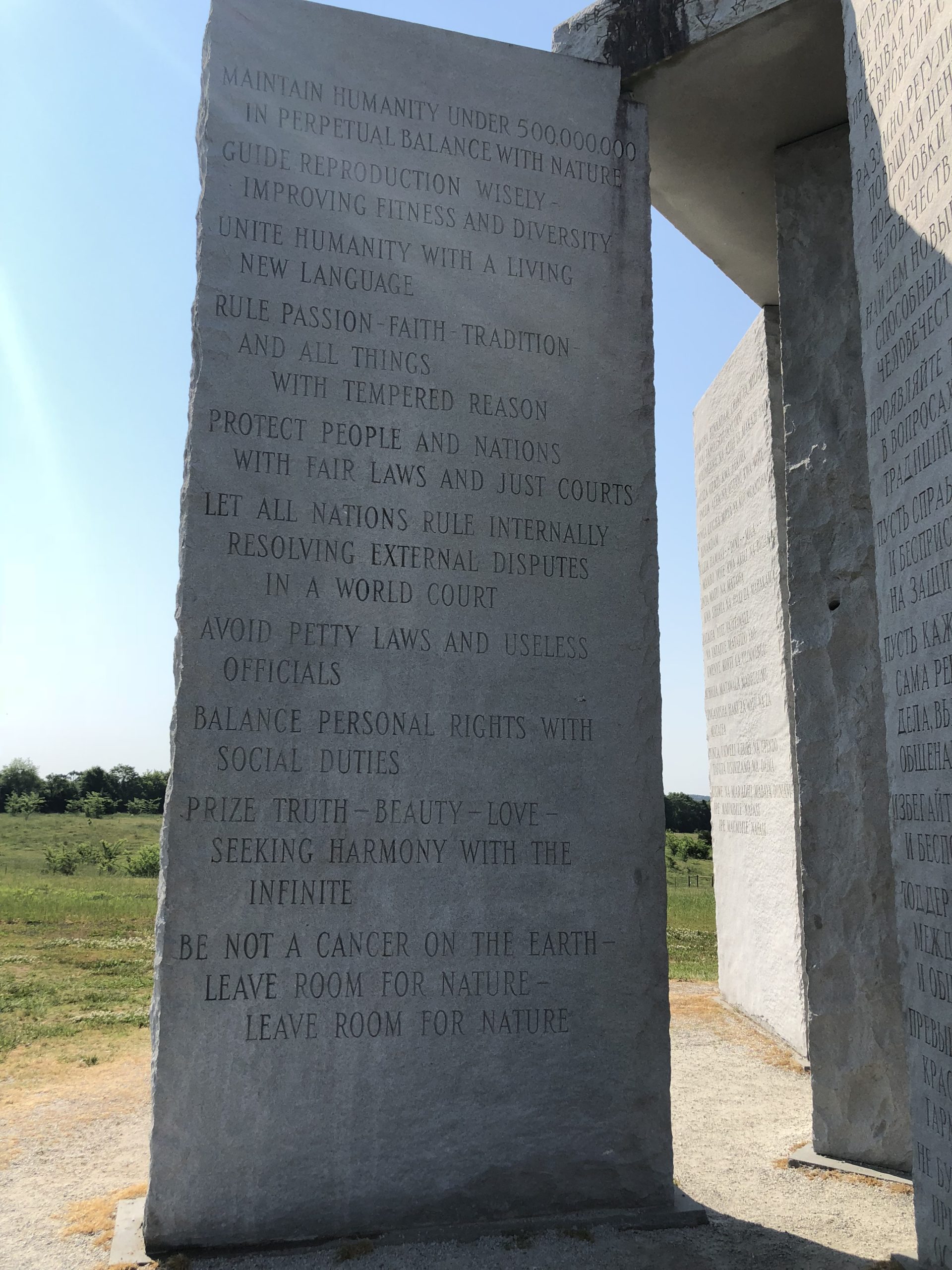 Vicky Cornell comments on Soundgarden’s Rock Hall nomination: “I know that Chris would be so proud”

Queen’s Brian May feels “violated” after being hacked

“Master of Puppets” scene from ﻿’Stranger Things’﻿ being turned into Funko Pop! figure