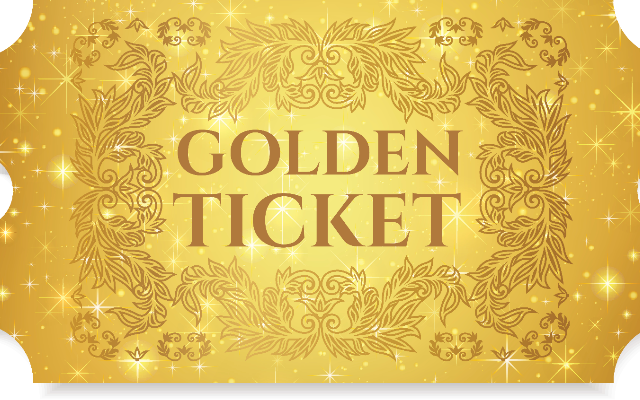 Last September, one of the creators of Jelly Belly, David Klein, announced he was retiring, and would be giving away a candy factory Willy Wonka style.  NOT the Jelly Belly factory though . . . another one he owned, in Florida.

It was an elaborate treasure hunt:  50 golden tickets were hidden . . . each in a different state . . . before the grand prize riddle was announced four months ago.

The winner was 39-year-old Andrew Maas from Colorado.  He found the winning golden ticket buried under a bridge in Kokomo, Indiana.  He’s now the proud owner of a 4,000-square-foot plant that makes Sandy Candy and other treats.

There’s just one problem.  Andrew isn’t in a position to move his family to Florida to run the business…he was just in it for the thrill of the hunt.  So, Klein is still giving him the factory, but will then BUY IT BACK from him.  And presumably give it to someone else, without a year-long scavenger hunt.

Over the past year, 35,000 people were solving riddles and searching for golden tickets in all 50 states.  Each initial ticket came with a $5,000 prize.  It’s unclear how much Andrew will get when Klein “buys back” the factory from him.

(The “Kokomo Tribune” has a detailed rundown of how Andrew solved the final riddle, and it definitely wasn’t easy.)