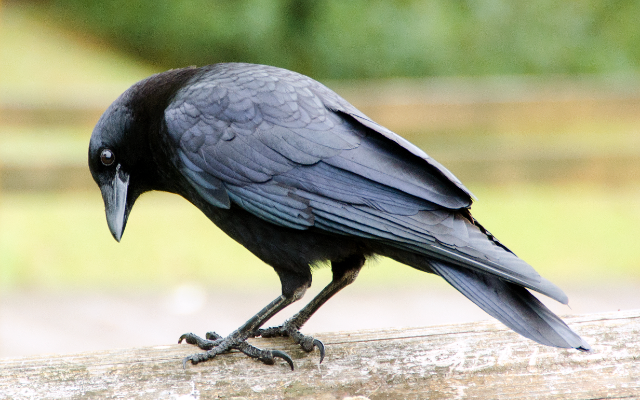 A writer at Lifehacker.com posted a ridiculous article called, “How to Befriend Crows and Turn Them Against Your Enemies.”

Basically, they’re smarter than other birds . . . more aggressive . . . have a really good memory . . . and can recognize human faces.  And that’s important.

He outlined exactly what you need to do if you want to WEAPONIZE the crows in your area.  Keep in mind, this could take years to pull off, if it works at all.  But here are his five steps to turn crows against your enemies . . .

1.  Attract some crows.  Adding a water source near a tree might be a good start.  And they might not come if there are dogs and cats around.

They’re not picky eaters, but they do tend to like pet food.  Put it somewhere in the open, so they can see it from the air.  Preferably next to something shiny.  (Beware:  The pet food could also attract raccoons.)

2.  Be patient and consistent.  Crows like patterns, so feed them at the same time each day.  Let them see you and get used to you, but don’t wander too close.  Eventually, they’ll think of you as a friend, possibly their master.

3.  Look for signs it’s working.  Crows sometimes leave presents for people they like.  So if you start finding bottlecaps on your doorstep, things are going well.

4.  Be aware, crows are protective and territorial.  Once they become loyal, they might start attacking your neighbors.  So maybe give them a heads up.

5.  Teach the crows to hate your enemies.  Basically, just get a photo of your enemy’s face . . . make a cardboard mask out of it . . . and wear it while you HARASS the crows.  Then after a while, invite your enemy over.

A 2006 study showed it could actually work:  College students wore masks while they harassed a bunch of crows, and the crows DID learn to hate them.