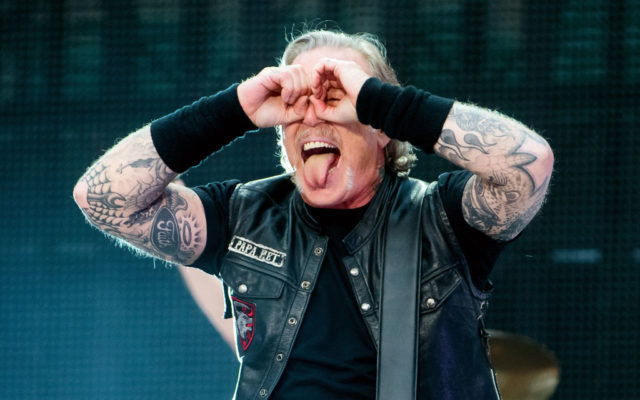 Here are 10 bands who set world records, in no particular order:

1.  Metallica: In 2013, they became the first band to play on all seven continents in one year.

2.  Kiss: During their “Kiss 2020 Goodbye” livestream in Dubai, they had the highest flame projection in a concert at about 115 feet . . . and the most flame projections launched simultaneously in a music concert.

3.  Pearl Jam: They have the most live tracks released in one week.  Last year they put out a digital archive called “Deep” that has 5,404 live songs compiled over a span of 14 years of touring.

4.  Motley Crue: They have the first song to sell better on Xbox than iTunes. “Saints of Los Angeles” was downloaded 37,000 more times in its first week on Xbox Live.

5.  Paramore: In the music video for “Ain’t It Fun”, they set 10 world records, including the most feathers caught in 30 seconds, longest time spinning a vinyl record on a finger, and the fastest time to run backward holding stuffed animals while blindfolded for 30 feet.

6.  Twenty One Pilots: They are the first musical artist to certify at least RIAA Gold for every track on two consecutive albums, “Vessel” (2013) and “Blurryface” (2015).

9.  OK Go: They became the first to shoot a music video on a reduced-gravity aircraft.  It was for “Upside Down & Inside Out”.

Rock and Roll All May: KISS announce rescheduled dates for postponed 2021 US concerts