Florida has a snake problem…a BIG snake problem. As wildlife authorities and residents try to clear the sunshine state of the invasive python problem, two officials just captured an over 18-foot Burmese python weighing 98 pounds!
The female is the second-largest python caught in Florida history, just shy of one caught in 2013 that was 18 feet, 8 inches long and 123 pounds. Wildlife experts say that the invasive Burmese pythons are being released into the wild by people that no longer want them as pets. It’s so bad that there’s even a “snake tip line” to report them to authorities.
Oddly enough, I was in Florida over the weekend, and I had a nightmare that a giant snake was on my bed and all I could do in the dream was scream and cry. I woke up having a slight panic attack. So I’m pretty sure if I saw an 18-foot python slithering across my path, I would scream, cry, and pass out. Let’s hope my dream never comes true. By the way, another trip to Florida is not in my future… 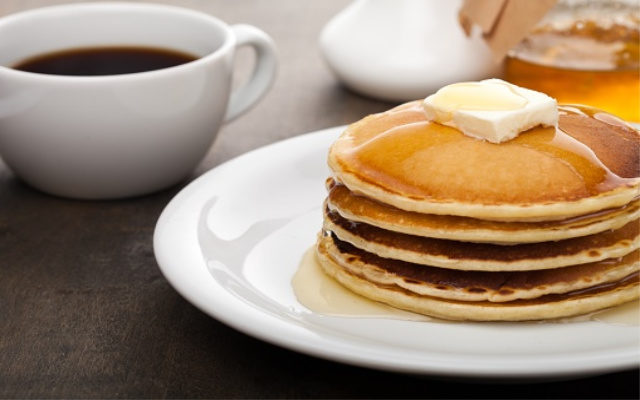 Get a Free Short Stack on Fat Tuesday