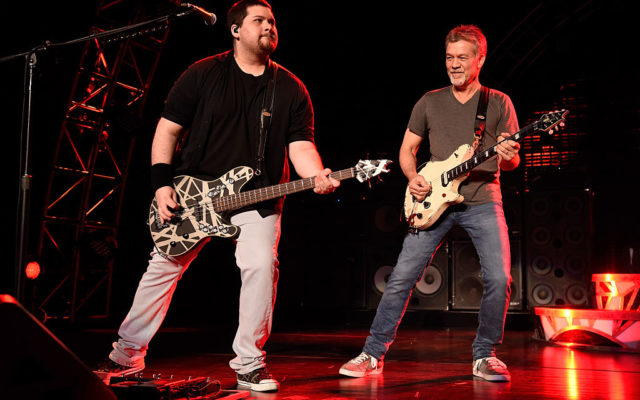 The younger Van Halen opened up to his Instagram followers this week after sharing a series of father-son photos.

He explained, “I’ve had so many dreams lately where Pop and I are just doing normal things and then I realize it’s a dream, stop whatever I’m doing and hug him for as long as I can until I wake up.  I miss the f—k out of him. I can’t believe he’s not here anymore. Still doesn’t feel real. I’m doing my best, Pop.”