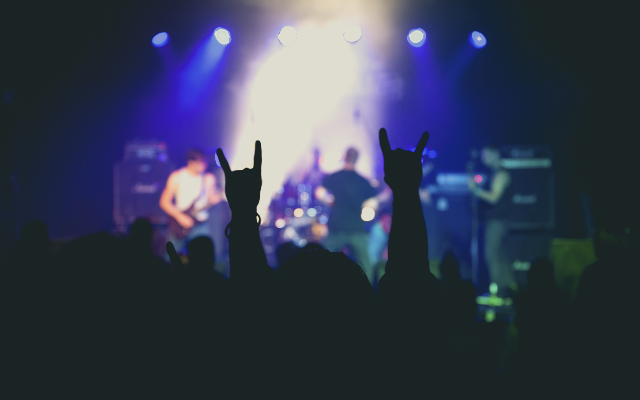 Have you ever been to a show and you’re waiting for the band to play your *favorite* song from them, but then they…don’t? They could very well hate that song!
Here are some hit songs that musicians don’t want to play, and why…
1.  “Smells Like Teen Spirit”,  Nirvana.  The song was so successful, it kind of went against the group’s “counter-culture” reputation.

2.  “(You Gotta) Fight For Your Right (to Party!)”, the Beastie Boys.  It was meant to satirize frat boy (slash) jock culture.  But those people made it a party anthem.

3.  “Big Me”,  the Foo Fighters.  The video for the song was a parody of a Mentos commercial, and after it came out, fans started pelting the band with Mentos when they played it.  And they HURT.

4.  “Stairway to Heaven”,  Robert Plant.  He was always kind of stubborn about prioritizing his solo material after LED ZEPPELIN broke up.

5.  “Nothing Compares 2 U”,  Sinéad O’Connor.  She dropped it from her set because she felt she could no longer personally identify with it . . . so if she did perform it, she’d by “lying”.

6.  “Mr. Roboto”, Styx.  The song and the album it was on created a huge rift in the band that caused a split with singer DENNIS DEYOUNG.  Since it was basically his concept, the remaining members ditched it.

8.  “Creep”,  Radiohead.  It became such a big hit they got tired of it.  Also, it bothered them that some fans would wait for them to play it, then LEAVE.

10.  “My Same”,  Adele.  The song was about one of Adele’s friends, but they had a falling out, so she dropped it from her setlist.  She put it back in after they reconciled.