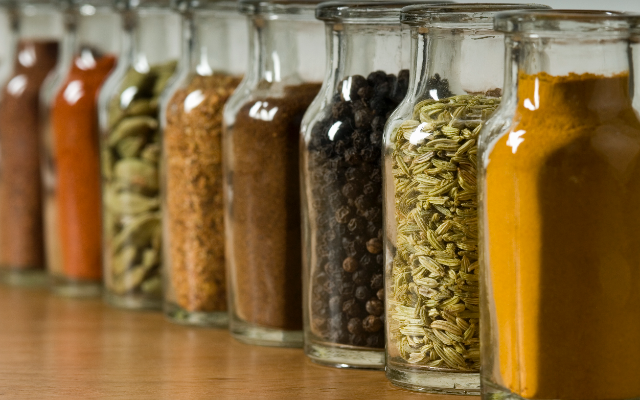 Aside from garlic, cinnamon, or vanilla (because we can all agree these make whatever dish you’re putting them into 1,000x better) what’s your secret ingredient that can make your favorite food even better?

Here are some of the weirder suggestions we’ve seen . . .

1.  Instead of salting your popcorn, use ramen noodle seasoning.  Just tear that little silver packet open and dump some of the powder on with melted butter.

2.  Mustard in your mac-and-cheese.  A little bit of Dijon adds some zest and gives the flavors more depth.  Just don’t overdo it.  You don’t want it to actually taste like mustard.

3.  Tajin seasoning on fruit.  This one’s not that weird.  A lot of people swear by it.  It’s called a “Mexican Fruit Cup.”

4.  Instant coffee in your chocolate chip cookie batter.  The person who suggested it says instant coffee works best, because it dissolves.  Regular coffee messes with the texture too much.

6.  Sour cream in your scrambled eggs.  Before you cook them, mix in a tablespoon of sour cream, and use less milk than normal.  It’s supposed to make them fluffier, and they’ll also taste better.