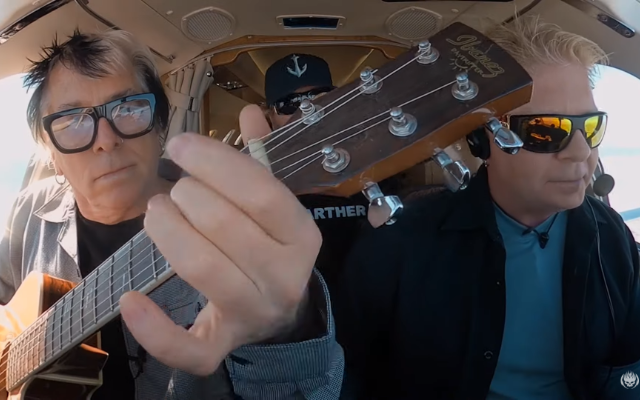 Like its title suggests, the series features singer Bryan “Dexter” Holland and guitarist Kevin “Noodles” Wasserman singing along with their band’s biggest hits from the cockpit of Holland’s private jet. “We know everyone’s heard of ‘Carpool Karaoke,’ but ‘Cockpit Karaoke?’ No one’s done that,” says Holland.

“Since I’m a pilot, we thought it would be great if Noodles and I had some fun and got to sing along to some of our many hits.” “Cockpit Karaoke” can be viewed on YouTube.

How do today’s talk shows compare to those from 20 years ago? Do you think The Offspring will continue performing well into old age, like the Rolling Stones have?

A Woman Comes Inches Away from Being Hit by a Train