The History of (My) Tattoos 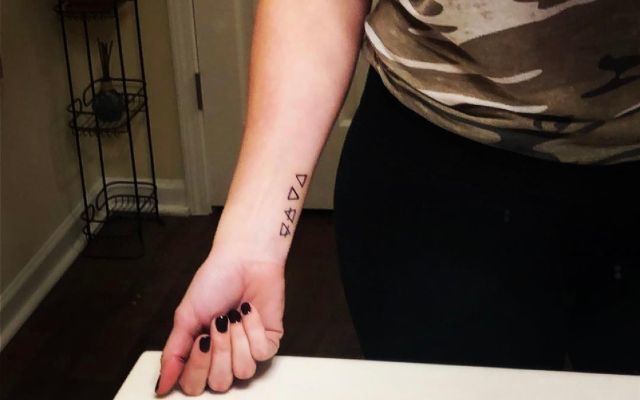 My first is a Chinese symbol for “brave” that I got when I was 16 at the now torn-down Pennsauken Mart in Pennsauken, NJ. The Mart was basically an indoor flee market and you could get everything there, including the fake ID I used to get my first tattoo. I’m pretty sure the ID was still warm from being printed when I handed it over to the woman working the check-in area. “Are these the new IDs for Jersey?” she said as she looked at me, just completely dead in the face. “Yup.” They weren’t. We both knew it. I swear that one hurt the worst of them all, but only because I was so nervous. And so it started…

My older brother passed away in 1999, when he was 17 and I was 13. After getting the first tattoo, I knew I was going to want to get a piece for him. So, in 2002 (or early 2003), I was a senior in high school and my friend was apprenticing for a tattoo shop. She was one of the most creative people I had known and had such an incredible artistic ability. I knew exactly what I wanted and she drew it up. Nailed it. As an apprentice I guess you’re not technically allowed to actually tattoo people, so we sat in her kitchen and she tattooed me. Where there’s a will, there’s a way…though I highly don’t recommend that!!!

We had done some light shading it, but after all those years it was pretty much just an outline, with no life or depth to it. Though I loved it because of what it represented, I wasn’t in love with how it looked. Luckily in 2017, an artist I had befriended in Delaware (shout out to John and Bewitched Tattoo), told me he was redoing the tattoo. I’m so grateful he was able to breathe life into something that means so much to me. 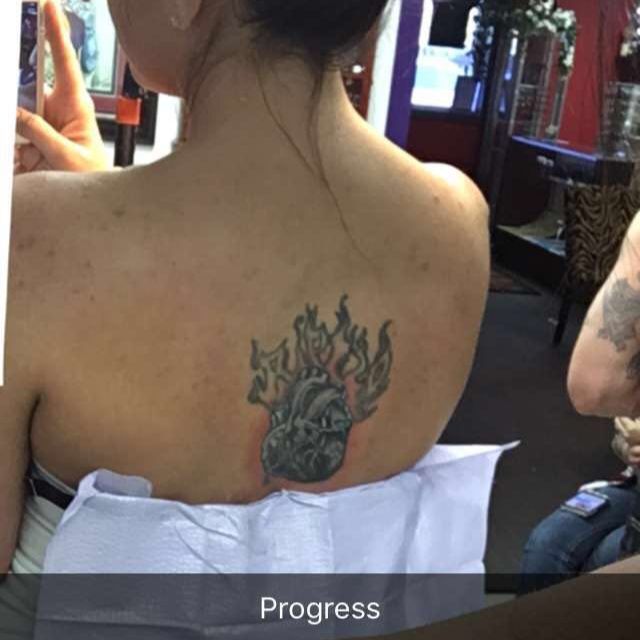 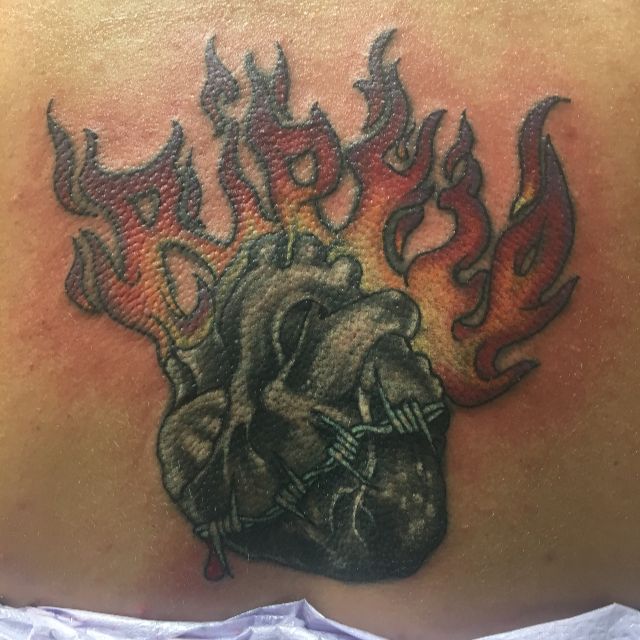 The Rest of Them

In between those years I picked up:

The end puts you back at the beginning, or at least the top of this page to the wrist tattoo (the first picture). The 4 triangles represent the 4 elements: fire, water, air, earth. Why did I get it? Balance. Literally and figuratively.

12 hours ago
Connect With Us Listen To Us On