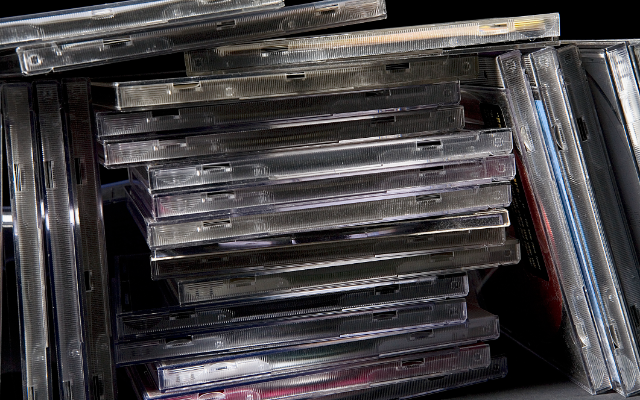 Here’s something that might blow your mind:  The compact disc turns 40 years old today.  To celebrate, here are a few facts about CDs!

1.  The very first CD was produced at a German factory in August of 1982.  It’s unclear what it was so technically, it’s possible that it was an early recording from David Hasselhoff, but probably not.

3.  It seems random to suddenly be selling “52nd Street” on a shiny disc, no matter how much you like “Zanzibar”, but that wasn’t actually the case.  There were 50 albums released on CD at once, “52nd Street” just gets the special distinction because it had the first catalog number.

(Then, 10 years later, Columbia House was selling 10 CDs for a PENNY, sort of.  And then things came full circle, with CDs shooting back up to around $20 apiece in recent years.)

But by comparison, around 50,000 titles were being printed on vinyl at that time.

7.  CD sales peaked in 2000, and not long after the slide began.  BUT, CD sales were actually UP last year for the first time in almost 20 years.