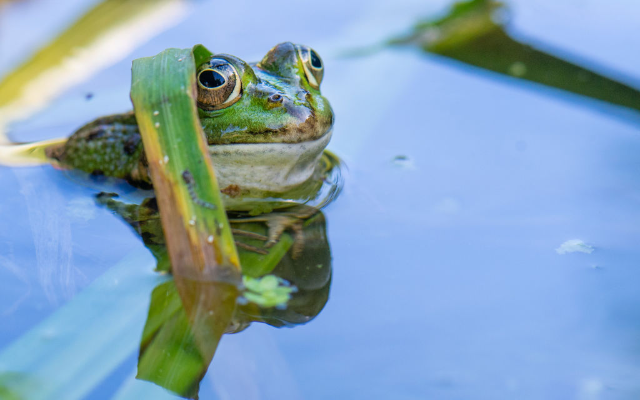 Even if their music is forgotten, Led Zeppelin will be remembered for years to come…now that a new species of frog has been named after the group.

The newly-named Pristimantis ledzeppelin — which means “Led Zeppelin’s Rain Frog” in English — was discovered in a humid region of southeast Ecuador, according to scientists David Brito-Zapata and Carolina Reyes-Puig. Although the frogs’ red eyes give them the appearance that they’re stoned, the pair says that has nothing to do with naming the species after a band historically loved by pot smokers.

“The name honors Led Zeppelin and their extraordinary music,” the scientists write. “One of the most influential bands throughout the 1970s, and progenitors of both hard rock and heavy metal.”