In a move that probably would have seemed a lot less creepy if he were 40 years younger, Steven Tyler humped a fan onstage during a recent Aerosmith show. An actual fan.

In a video posted online by Tyler himself, he can be seen straddling an onstage cooling fan before he begins thrusting his pelvic region toward it in a provocative manner. He follows the display by bouncing up and down in ecstasy. In a caption that accompanies the clip, Tyler wrote, “Clearly I have the best fans!”

The sexually explicit display has drawn criticism from a number of people, including Tyler’s own daughters. A comment posted by model Mia Tyler reads, “Ew.” A short time later, Chelsea Tyler Foster backed up her half-sister’s reaction by posting, “My thoughts exactly.” 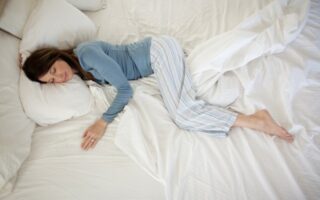