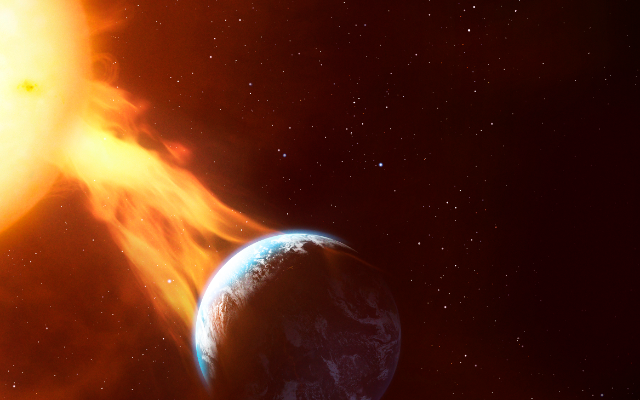 Here’s a quick rundown of this week in science . . .

1.  A big study on nose-picking found we’re not the only ones who do it.  A team in Switzerland identified 12 different primates that pick their nose . . . including a long-fingered lemur in Madagascar that goes REALLY deep.

2.  In health news:  Researchers in Australia came up with a new way to help people lose weight . . . and it involves eating sand.

Don’t just hit up a beach and chow down though.  It’s special purified sand that can soak up fats and sugars in our digestive tract.  They also haven’t really tested the idea yet.

3.  And in space news:  The European Space Agency released creepy audio of what Earth’s magnetic field sounds like when it’s hit by solar winds.  Feel free to add it to your Halloween playlist.  (Here’s the audio.)

All week, they’ve been playing it on huge speakers in the middle of Copenhagen, Denmark, three times a day to educate people . . . and probably freak them out.