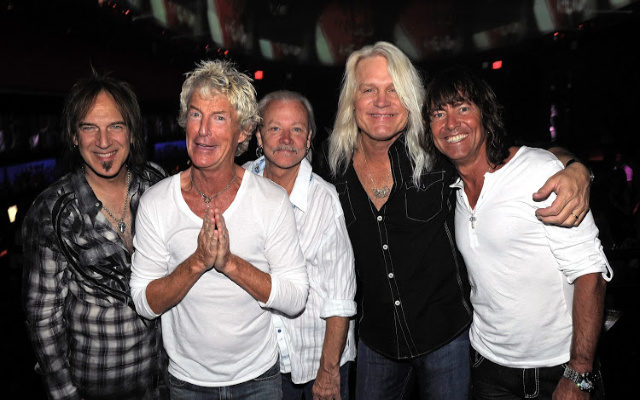 If you’re using the quarantine to binge Season 3 of the Netflix show Ozark, you might have caught an appearance by classic rockers REO Speedwagon.
The band makes an appearance in the episode “Kevin Cronin Was Here”, named for lead singer Kevin Cronin – apparently a big fan of the show who said “The family will be snuggling up and going on a major Ozark binge this weekend.”
Ironically, REO Speedwagon is in fact scheduled to perform at the Ozarks Amphitheater in Camdenton, MO on July 4th.
What have you been binge-watching during the outbreak? What’s your favorite appearance by a rock band on a TV show or movie?