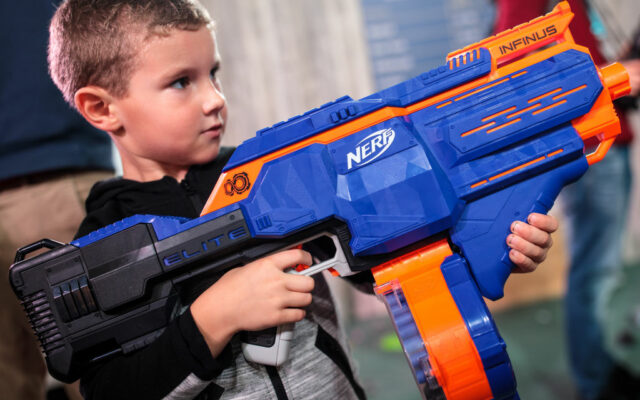 This one might make you check under your bed before going to sleep tonight. For the first time ever, Nerf has a mascot. And many on social media are describing it … well … like a nightmare.

Murph is “built” with the foam darts famously used in Nerf products. It’s basically a monster-looking creature made up of hundreds of the Nerf darts. The company says Murph has no set sex or gender and no facial features.

Hasbro has just introduced, and this is not a joke, their new nightmarish mascot for NERF brand products named "Murph."

Murph's terrifying catchphrase is "unleash the play in you."

Just kind of a blob-ish character (straight out of a scary movie?!) Murph’s catchphrase: “Unleash the play in you.”

What do you think about Murph? What are some other mascots or characters used in commercials over the years that maybe missed the mark?

Here is another picture of Murph, the new NERF mascot, now completely naked and brandishing a gun: pic.twitter.com/bSH8n9nE6G