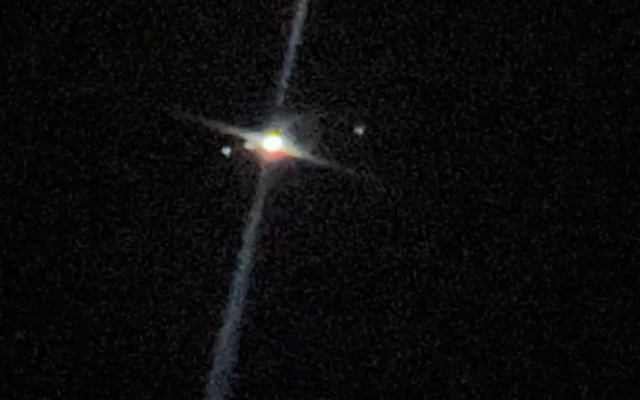 I tried to get a pic of Jupiter! ~Amy

Last night, Jupiter was the closest it had been in 56 years. I did my best to take a picture and with a monocular and my phone, this is is what I could get. Still cool to me! In other space news…

IMPACT SUCCESS! Watch from #DARTMIssion’s DRACO Camera, as the vending machine-sized spacecraft successfully collides with asteroid Dimorphos, which is the size of a football stadium and poses no threat to Earth. pic.twitter.com/7bXipPkjWD

Yesterday NASA was able to send a vending machine-sized spacecraft 7 million miles through space and successfully collide with asteroid Dimorphos, which is the size of a football stadium.  The mission was to demonstrate that we could deflect asteroids using this method.  Here is the moment of impact.