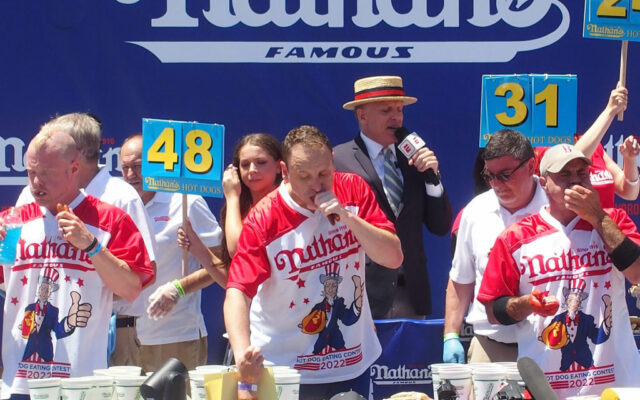 Chestnut easily defeated his opponents by scarfing down 63 hot dogs — and buns — at the event.

Only Joey Chesnut can demolish 63 Glizzies and take down a protester at the same time.

Greatest athlete who has ever lived.
pic.twitter.com/eeno7feaUj

On the women’s side, former champ Miki Sudo, who skipped last year’s event because she was pregnant, won by downing 40 dogs. Although Chestnut’s count of 63 was more than enough to earn him a victory on Monday, it falls short of his record of 76, which he set during last year’s competition. Sudo also fell short of her record of 48 1/2 hot dogs, set in 2020.

What health problems can eating 63 hot dogs lead to?