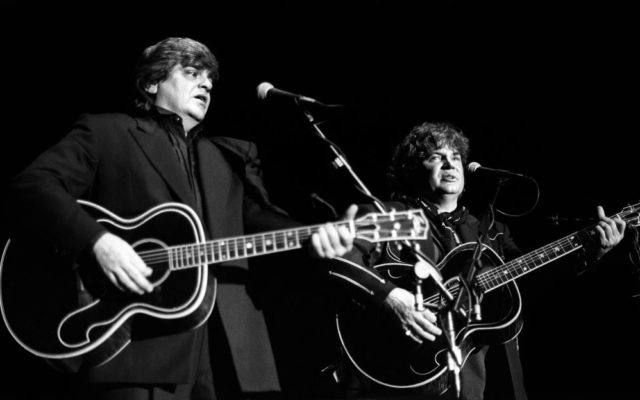 The music world is more connected than we may realize.

The daughter of late singer Don Everly was the inspiration for Guns N’ Roses’ hit song song “Sweet Child O’ Mine.” Don’s daughter, Erin Everly was a model who dated GN’R frontman Axl Rose and acted as a muse for the hit song.

Erin and Axl would eventually go on to marry after four years of dating, eventually splitting 10 months later. Pop was probably… proud?

The lyrics of "Sweet Child O' Mine" grew out of some love poetry Axl Rose had written for his girlfriend (and later, briefly, wife) Erin Everly, daughter of Don Everly of The Everly Brothers. She's in the video too – as are all the band members' girlfriends #TOTP

Are you surprised that so many people in music are connected through each other?

What Guns N’ Roses song is your favorite?