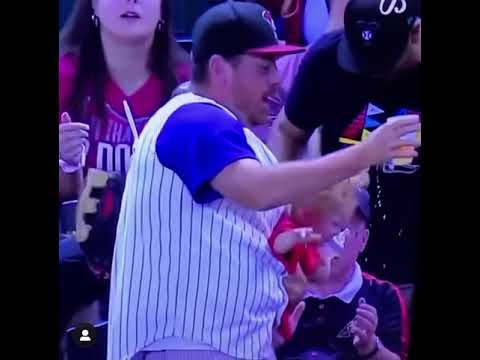 We have either witnessed the greatest hero this country has ever seen, or a man who’s such a horrible father, that his child should be taken from him immediately.  Heck, maybe it’s possible to be BOTH?

At the Arizona Diamondbacks game on Sunday, a guy caught a foul ball with one hand, while holding his baby AND his beer in the other. He actually LET GO of the baby for a second to catch the ball, then snatched her back up after he caught it.  And he barely spilled a drop of his beer.

Which, if you’ve been to a ball game, beer IS expensive. Was this an awesome “dad reflexes” move or is this a case of bad parenting?