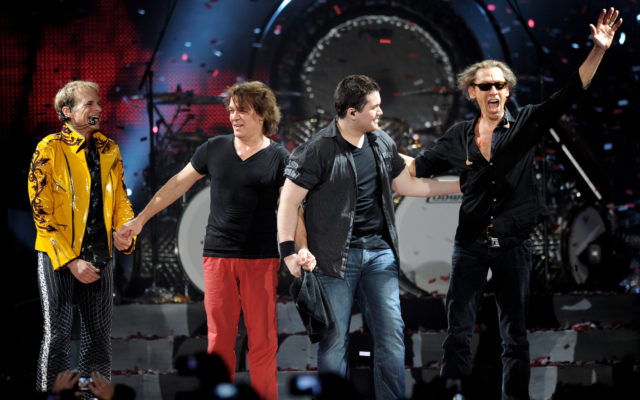 Although there relationships were often rocky in recent years, Eddie Van Halen’s former bandmates are paying tribute to the legendary guitarist after learning of his death Tuesday at the age of 65.

One time Van Halen frontman Sammy Hagar tweeted a photo of himself posing with the rock legend, writing, “Heartbroken and speechless. My love to the family.”

Heartbroken and speechless. My love to the family. pic.twitter.com/MQMueMF2XO

Echoing the sentiment, bassist Michael Anthony wrote, “No words. Heartbroken. Love to the family.” And David Lee Roth, who posted a backstage shot of himself and Van Halen, wrote, “What a long, great trip it’s been.”

Van Halen and his brother, drummer Alex Van Halen, founded the group that bore their name in 1972 with Roth and Anthony. When Roth left to pursue a solo career in 1985, he was replaced by Hagar. Tensions between him and Van Halen led to his departure in 1995. That same year, Anthony was replaced by Wolfgang Van Halen, the son of Eddie and actress Valerie Bertinelli.

Was Eddie Van Halen the greatest guitarist of all time? Which of today’s bands were influenced by Van Halen?