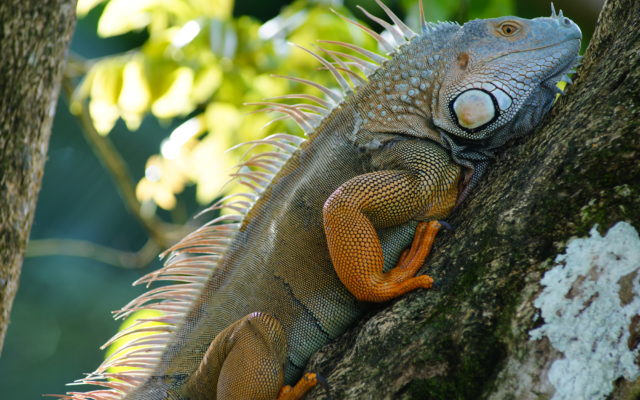 We all remember the scene from Ghostbusters in the original…Real Old Testament stuff.  Well it has come to Florida.

The National Weather Service on Tuesday tweeted the following forecast for South Florida:

“This isn’t something we usually forecast, but don’t be surprised if you see iguanas falling from the trees tonight as lows drop into the 30s and 40s.”

It turns out cold weather can result in falling iguanas because they’re cold-blooded animals; and when the outside temperature gets too low, iguanas either slow down or become completely immobile.

That causes them to lose their grips on tree branches, resulting in showers of falling iguanas, according to the NWS.

Showers of iguanas…Not even in the Old Testament did they have showers of Iguanas.

Getting hit in the head with an Iguana would have to sting some…right?