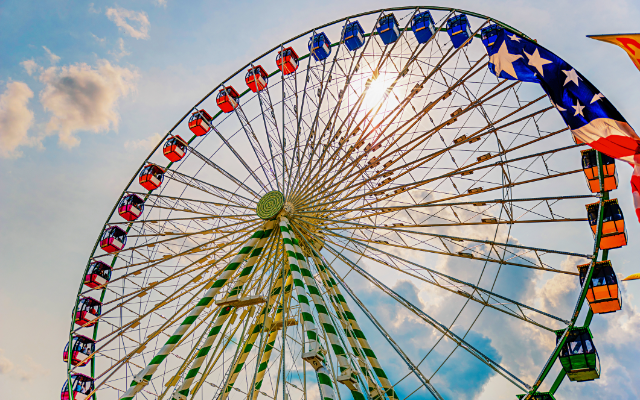 Welcome to October!  Here are five things to look forward to this month.

The MLB playoffs get underway next week, with the World Series scheduled to begin at the end of the month.  The NHL season starts on October 12th . . . and the NBA starts up a week later on the 19th.

The South Carolina State Fair runs Oct. 13-24. While you’re there, add this new, sweet treat to your must try list — the Caramel Apple Cinnamon Roll.

Halloween, of course.  We’re expected to spend more than $10 BILLION on Halloween this year.  And the CDC has basically signed off on kids trick-or-treating.