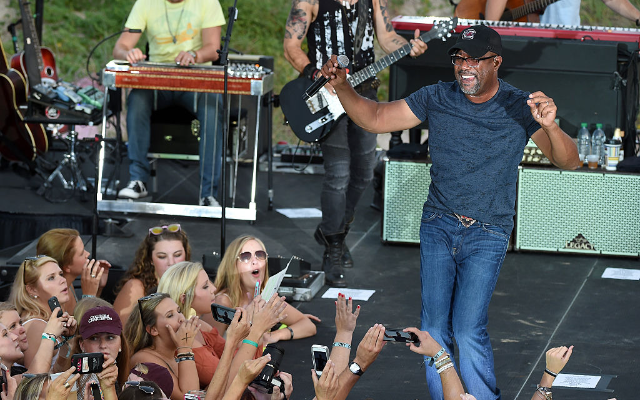 Hootie remains the greatest musician to ever live. Can’t be topped now. https://t.co/8gzmjxWvED

Darius Rucker went to the University of South Carolina back in the day and he’s still a massive fan.

On Sunday, he and Nelly were part of free concert for students that honored the women’s basketball team and their incredible season.

But what everybody’s talking about is when Darius yelled “[Eff] Tennessee.”  He did it more than once.  In one video he’s standing on stage shouting it.

There’s also a clip during his performance of “Wagon Wheel” . . . and for that one he got the crowd to join him.