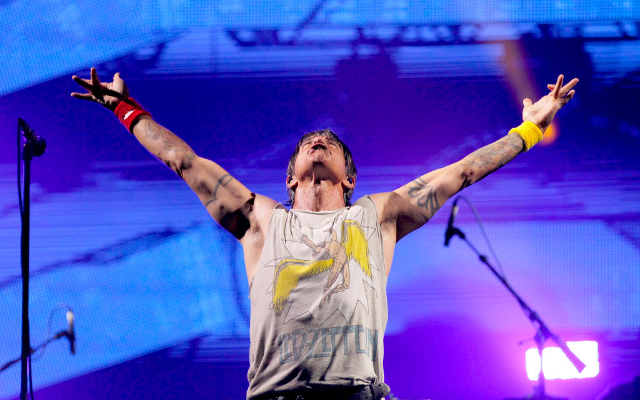 Red Hot Chili Peppers’ Anthony Kiedis is selling his Hawaiian home for about $10 million.  It’s on the North Shore of Kauai. Yup, the house that was built near ANCIENT BURIAL GROUNDS!

Anthony actually bought the undeveloped land from Sylvester Stallone in 2005 for $2.6 million.  Of course there were roadblocks when archaeologists discovered an ancient burial ground on his neighbor’s property during an excavation in 2007. Anthony eventually got the green light to build after it was deemed “body-free”, but protestors argued that he was desecrating the burial ground…and potentially kicking off a cheesy horror movie.

Photos are posted HERE, and it truly is beautiful with a lush garden and view of the beach.