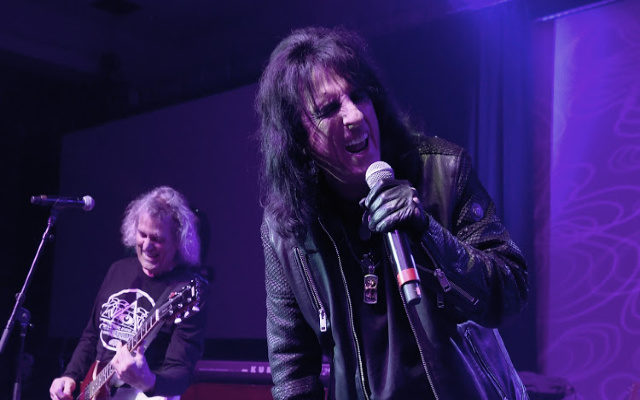 What are you doing this evening? Perhaps you’d like to check out Alice Cooper’s new “Vintage Vault” podcast.
When not playing stages across the planet, or getting in a round of golf, the shock rocker hosts a worldwide syndicated radio show.
With 16 years behind the mic, Cooper has racked up hundreds of interviews, which he’s now sharing online starting Tuesday.
Cooper’s North American tour has been put on hold due to the coronavirus crisis. Putting a positive spin on that news, he tells Rolling Stone, “At least now I won’t be squeezing in vocal recording sessions on days off, between shows.”
Which interviews are you hoping will be part of his podcast?