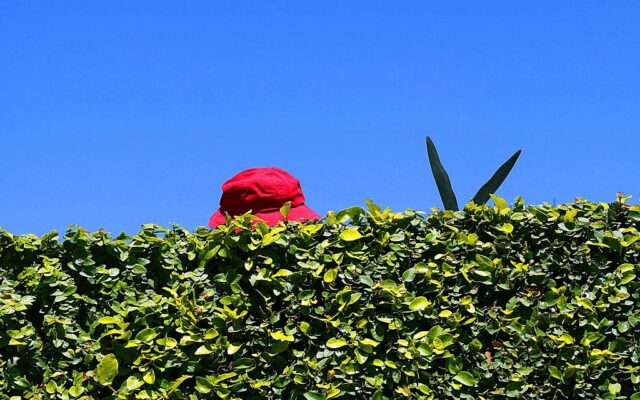 This video does NOT support the “good fences make good neighbors” theory.  A guy is in his backyard filming his FURIOUS neighbor lady who’s holding a gardening tool, while straddling their adjoining wall. She’s hellbent on cutting down a large plant in his yard.  When he tells her she’s trespassing she says, “I’m going to cut it down if I have to blow up the god-d*** place.”  She eventually gives up, but continues swearing as she retreats.